Defenders of the Fatherland

I wrote last year about the three holidays Kazakhstan celebrates at the start of May.  It is a lovely time of year in Astana with the trees having just burst into leaf, and, if we are lucky, warm weather and sunshine.  Families start to come into the parks and streets, the fountains are switched on and Astana starts to morph into its second personality, the summer city.

7 May is celebrated as Defender’s Day.  Originally a Soviet Holiday celebrated in February, Kazakhstan celebrates the day, in May, that the decrees establishing the armed services of the independent Republic of Kazakhstan were signed.  It also acts as a day to celebrate men,  counterpart to the popular 8 March Woman’s Day.

The day is celebrated with parades in cities around the country, Astana, as the capital has the largest parade.  This year Astana celebrated with a full three part parade comprising infantry, mechanised units and an aerial display.  When we arrived in Astana in 2011 we were lucky to be able to watch the 20th Anniversary Constitution Day Parade.  We arrived late, however and could not get a view of the infantry parade. 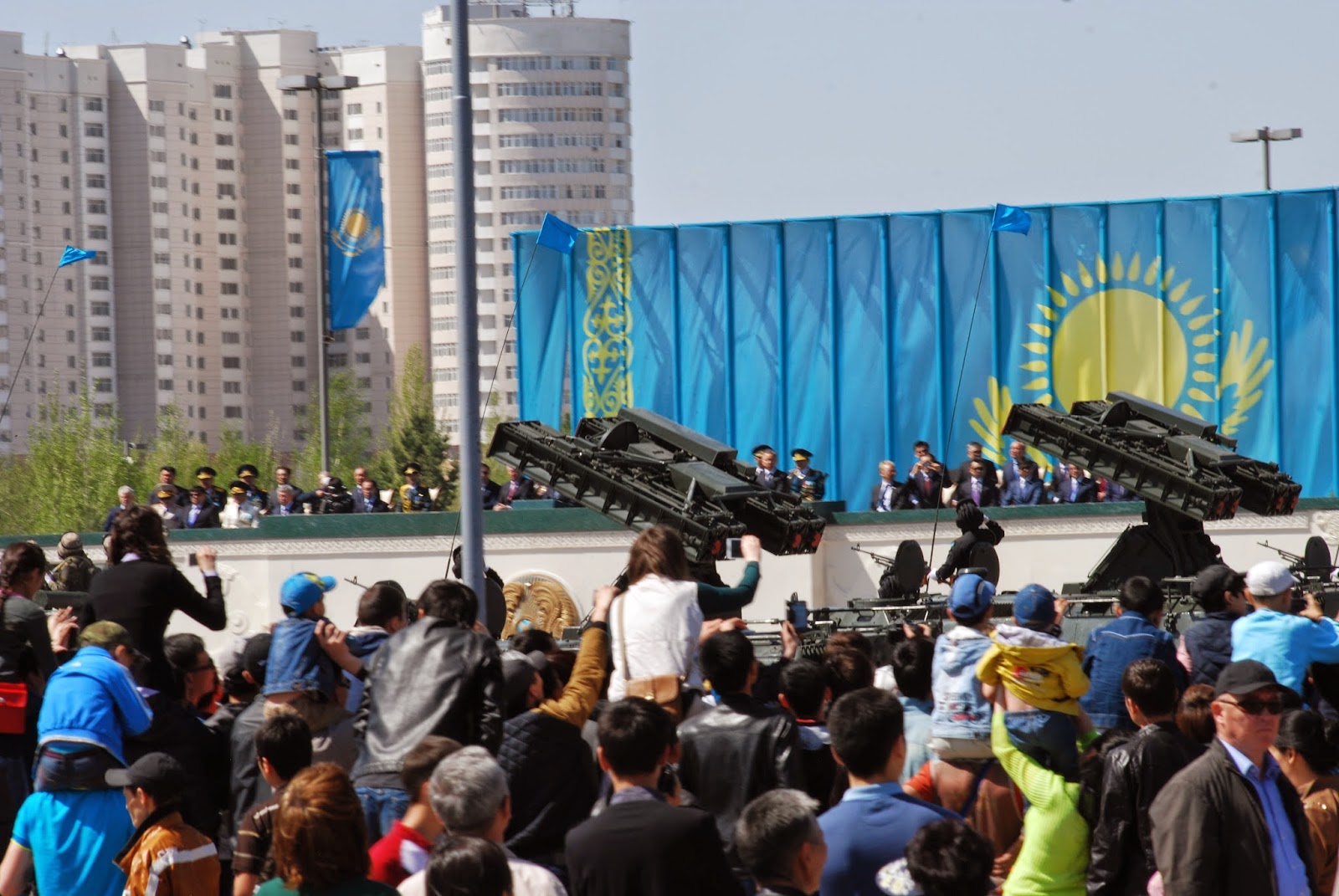 This year a friend and I left early and walked over the river to the parade ground infront of the Pyramid.  We joined the crowds of citizens streaming into the grounds to get a good spot and then settled to wait for a few hours.  There was very little seating to wait but we managed to get a spot on a wall near a viewing screen.  As we were waiting for the parade to start I got talking to some of the other people in the crowd – delighted to speak with a foreigner. I was asked about my thoughts of Astana and Kazakhstan, the Kazakhstani people etc.  We whiled away the time playing with their children and chatting about life in Kazakhstan.  When the President arrived our new friends sent me to the front – proud of the parade display and wanting me to have a good view.   As a result I got about the best view of the parade possible for someone who was not squished in the front row by the barriers – much more satisfying than watching on the screen. 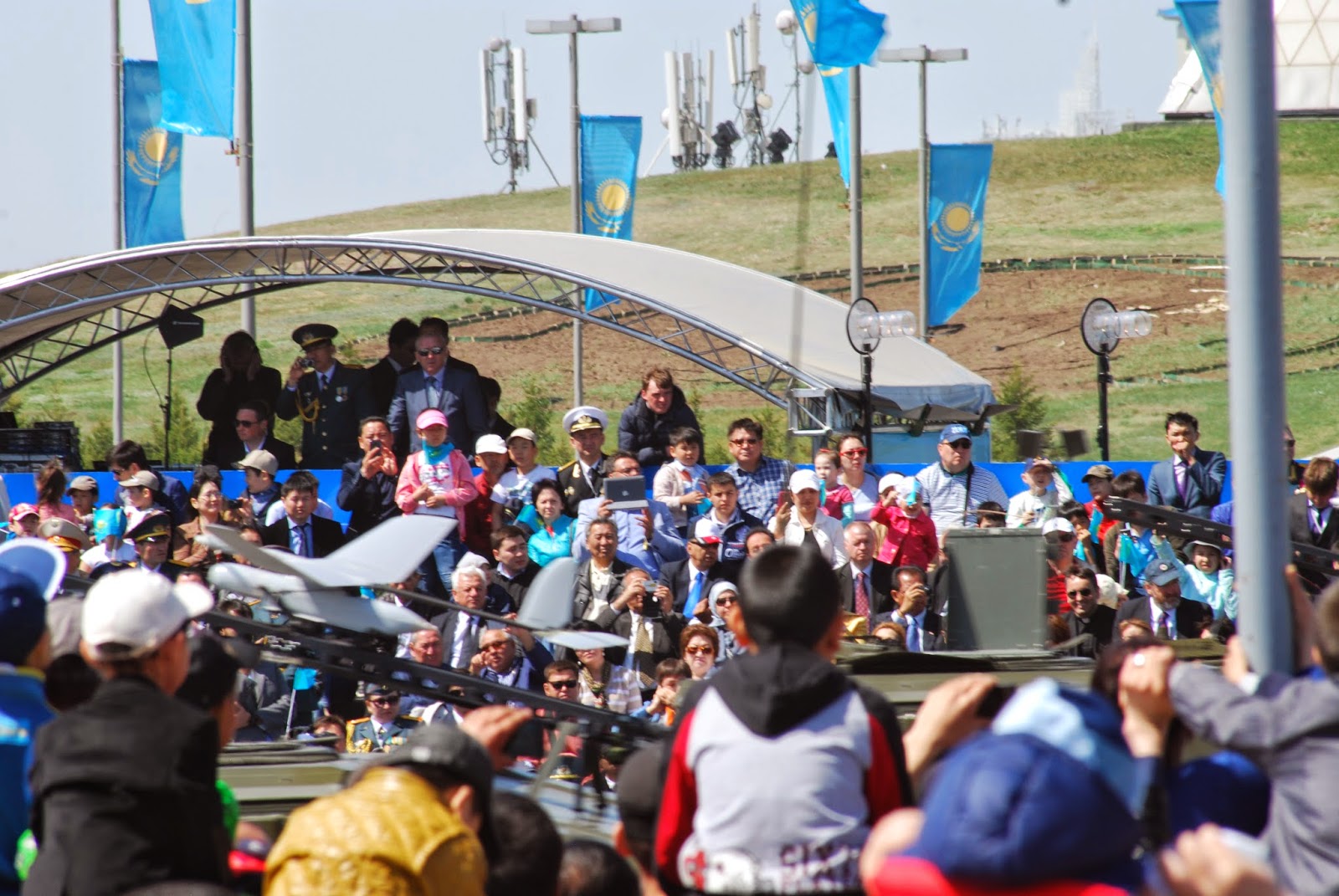 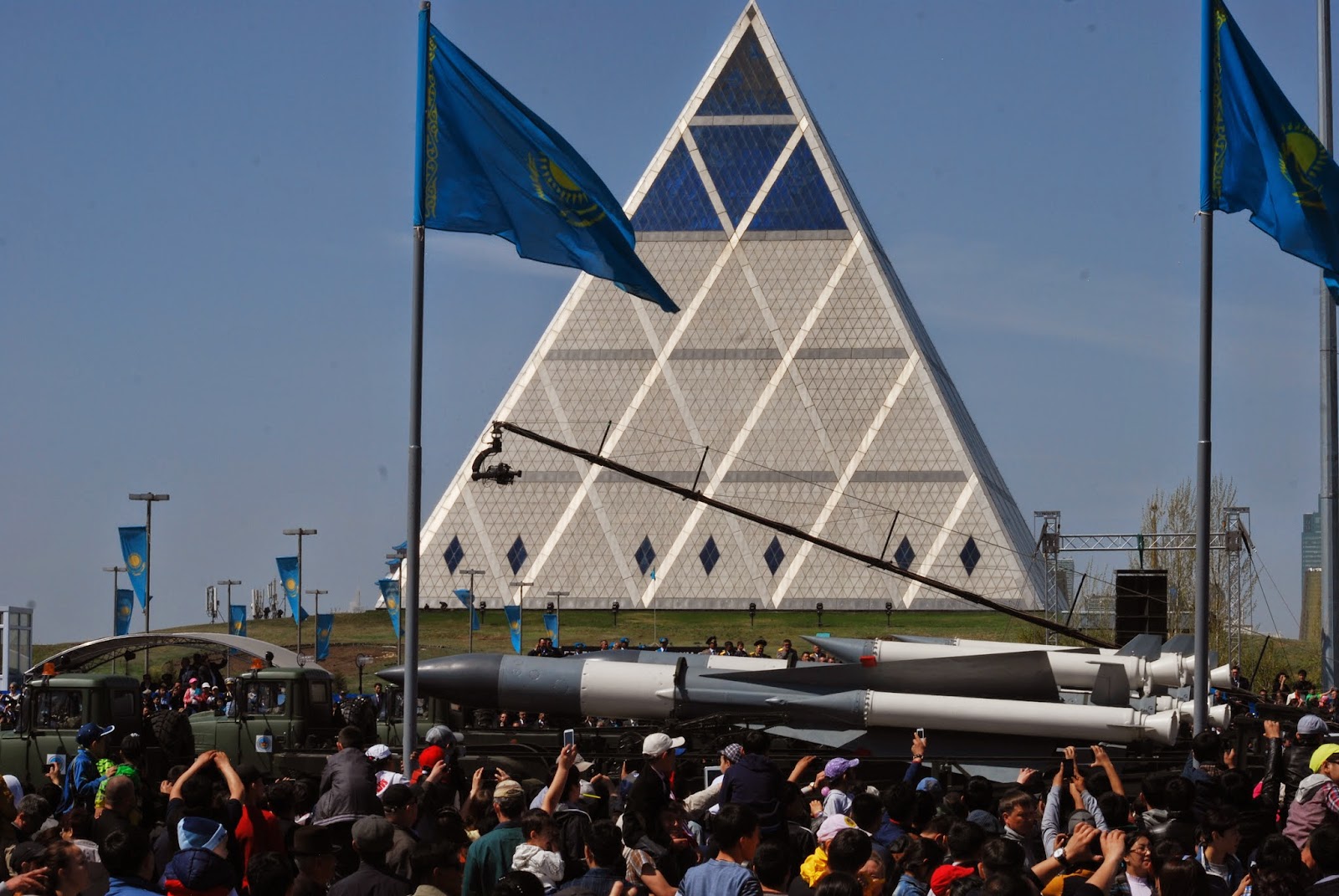 The commentators to the parade let us know the details of each unit – sadly they spoke too fast for me to get much information and kept switching between Russian and Kazakh – I got the odd snatch but not the full information.  It did not detract from the parade, however and I was able to check some information on the internet later on.  Astana.kz – the City information website says that over 2500 personnel, 250 pieces of equipment and 80 aircraft were involved.

It was a wonderful morning and given that one of the first things we did in Astana was attend a parade, a fitting way to start to say goodbye to Astana. 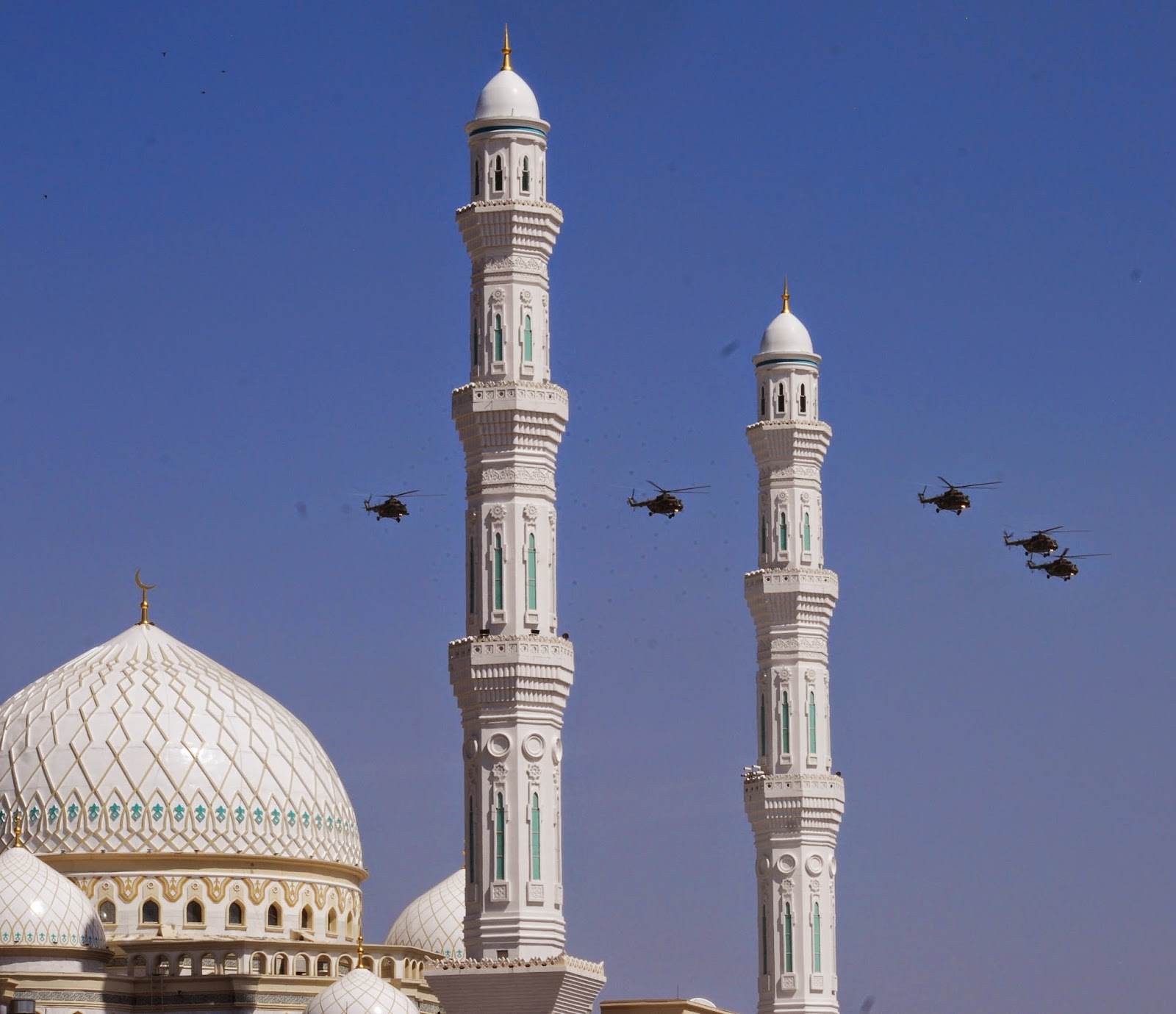 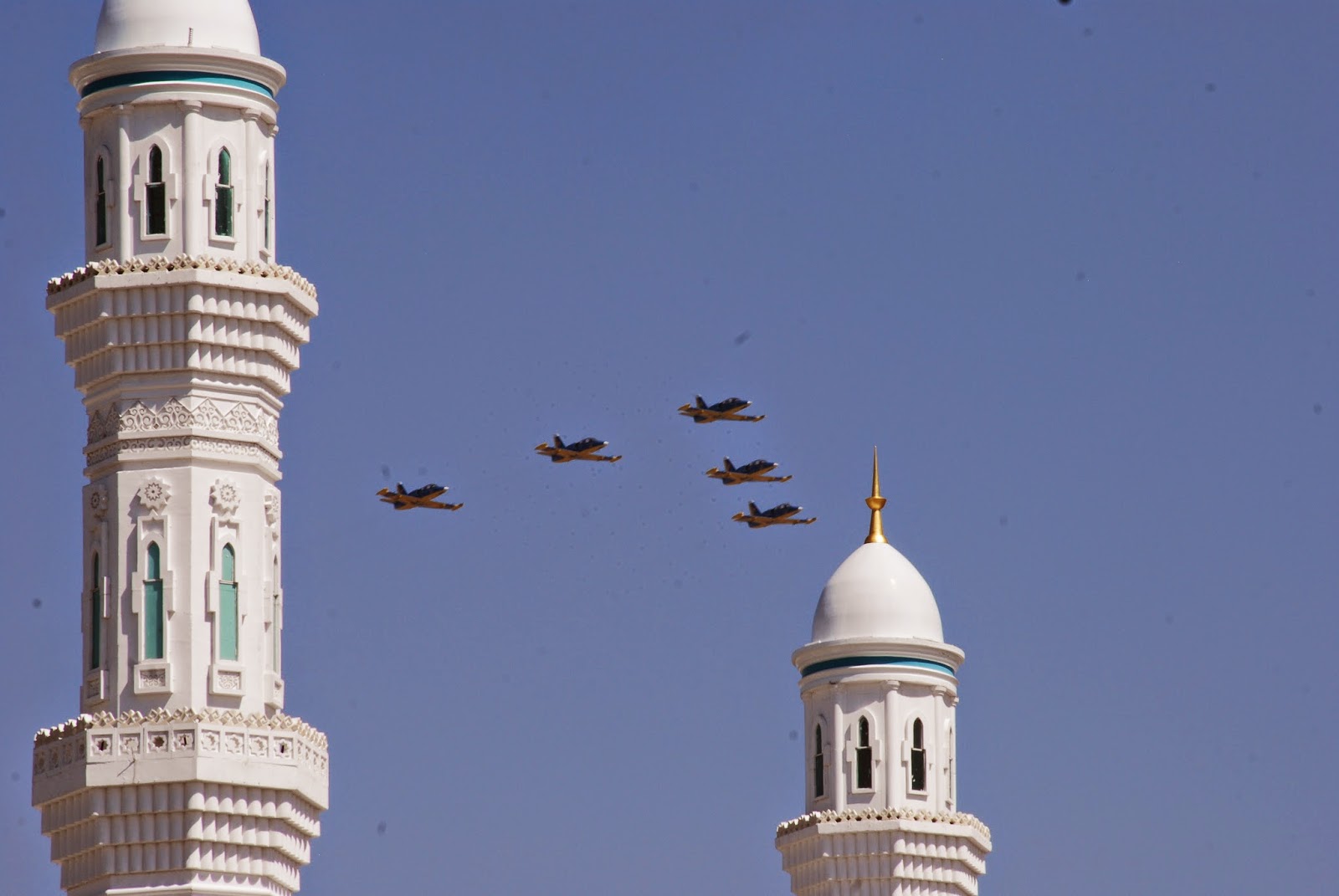 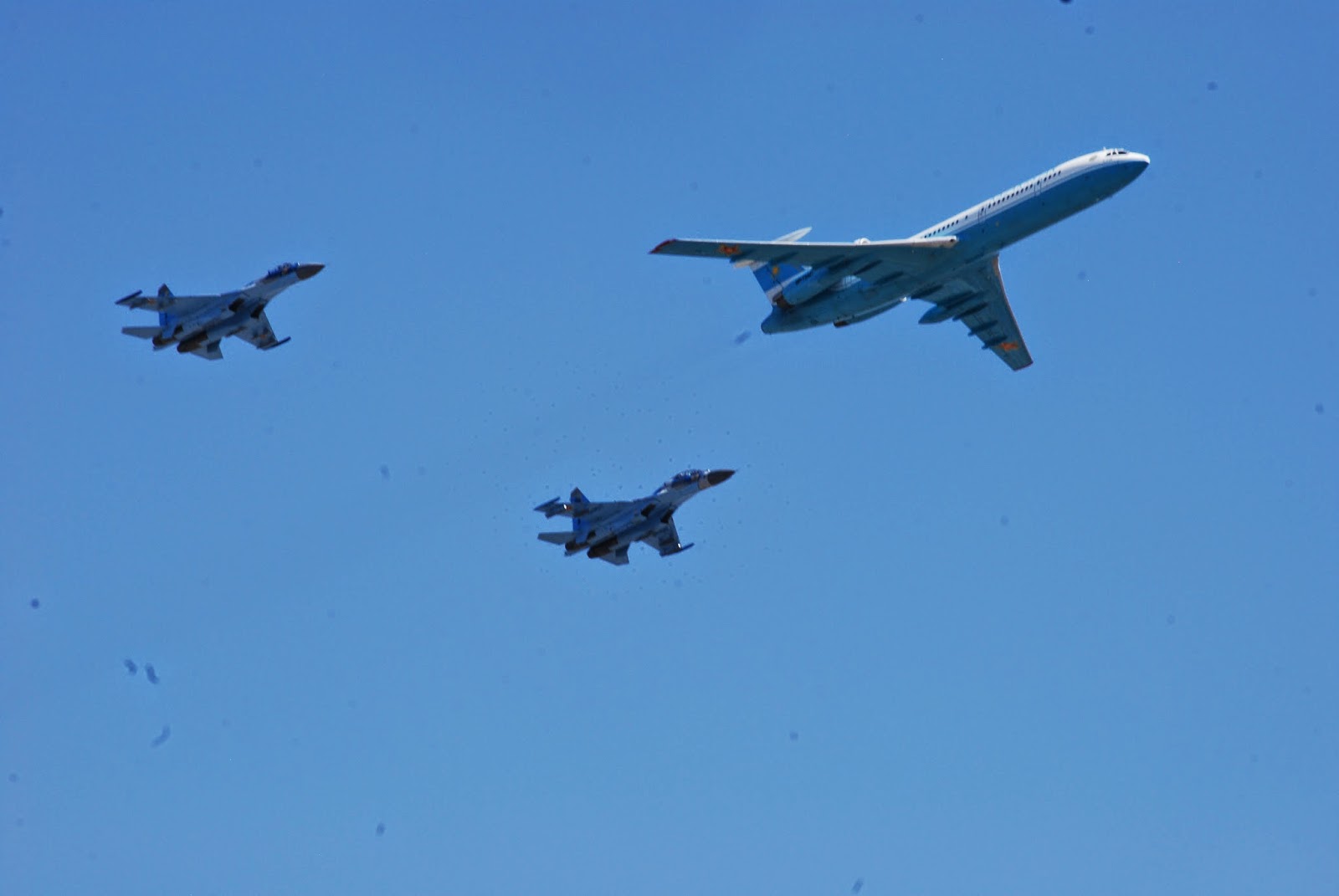 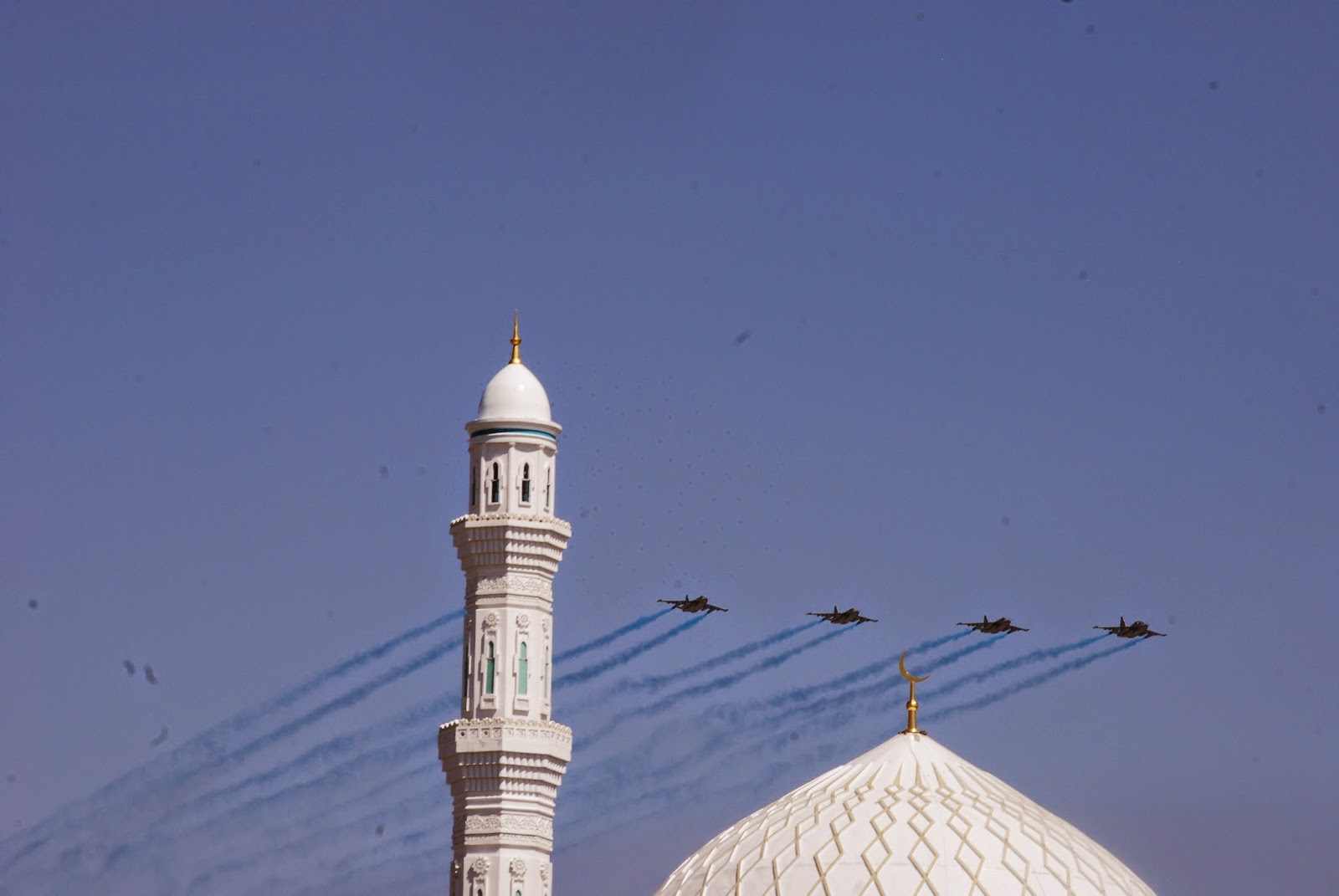 I have added this to the Life With A Double Buggy Link Up - click to read some of the best expat blogging on the net.

Click on the picture for more information on life in Kazakhstan. 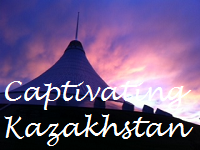